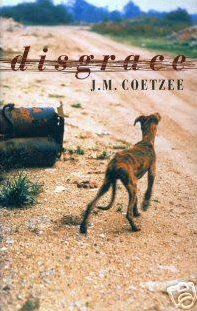 The point of view of a literary work is the perspective from which the reader views the action and characters. The three major types of point of view in novels are omniscient (all-knowing narrator outside the story itself), first-person (observations of a character who narrates the story), and third-person-limited (outside narration focusing on one character’s observations).Omniscient Point of View:In a novel written from the point of view of an omniscient narrator, the reader knows what each character does and thinks. The reader maintains this knowledge as the plot moves from place to place or era to era. An omniscient narrator can also provide the reader with direct assessment of action, character, and environment. For example, The Heart Is a Lonely Hunter (1940) by American writer Carson McCullers opens with this description:


In the town there were two mutes, and they were always together. Early every morning they would come out from the house where they lived and walk arm in arm down the street to work. The two friends were very different. The one who always steered the way was an obese and dreamy Greek. In the summer he would come out wearing a yellow or green polo shirt stuffed sloppily into his trousers in front and hanging loose behind. When it was colder he wore over this a shapeless gray sweater. His face was round and oily, with half closed eyelids and lips that curved in a gentle, stupid smile. The other mute was tall. His eyes had a quick, intelligent expression. He was always immaculate and very soberly dressed.

The omniscient narrator can assume a familiar tone with the reader, because the narrator is not bound by the scope of the story. Many of the earliest novels used the omniscient narrator in such a fashion. In Tom Jones (1749), English novelist Henry Fielding provides brief overviews at the beginning of each major section. Most simply set forth the time frame of the section (“Containing a portion of time somewhat longer than half a year”), but others give a more detailed overview:

Containing the most memorable transactions which passed in the family of Mr. Allworth, from the time when Tommy Jones arrived at the age of fourteen, till he attained the age of nineteen. In this book the reader may pick up some hints concerning the education of children.

The omniscient point of view has advantages and disadvantages. Using an omniscient narrator allows a writer to be extremely clear about plot developments. This point of view also exposes the reader to the actions and thoughts of many characters and deepens the reader’s understanding of the various aspects of the story. However, using an omniscient narrator can make a novel seem too authoritarian and artificial, because in their own lives people do not have this all-knowing power. If clumsily executed, providing thick detail may cause the reader to lose sight of the central plot within a mass of scenes, settings, and characters.
First-Person Point of View: With the first-person point of view, one of the novel’s characters narrates the story. For example, a sentence in a novel in the first person might read, “As I waited on the corner, I remembered the last time I had seen her.”

The first person provides total subjectivity and all the immediacy, intimacy, and urgency of a single individual’s conflicts. The first person also shows a character’s awareness at telling a story. David Copperfield (1849-1850) by English novelist Charles Dickens is narrated by the title character and opens, “Whether I shall turn out to be the hero of my own life, or whether that station will be held by anybody else, these pages must show.”

The first person allows the author to write in the voice of a particular character. In his novel Huckleberry Finn (1884), which is narrated by the character Huck, American author Mark Twain not only wrote from Huck’s point of view, but he wrote in the voice that Huck would use if he were a real person. This approach gives Huck authenticity as a real character. Twain began chapter one of the book:

You don’t know about me without you have read a book by the name of The Adventures of Tom Sawyer; but that ain’t no matter. That book was made by Mr. Mark Twain, and he told the truth, mainly. There was things which he stretched, but mainly he told the truth. That is nothing. I never seen anybody but lied one time or another, without it was Aunt Polly, or the widow, or maybe Mary. Aunt Polly—Tom’s Aunt Polly, she is—and Mary, and the Widow Douglas is all told about in that book, which is mostly a true book, with some stretchers, as I said before.

The novel ¡Yo! (1997) by Dominican-born writer Julia Alvarez also uses a series of first-person narrators. The book is a portrait of a single character, Yolanda, told from the point of view of various people who know her from different stages of her life. Never does the reader hear from Yolanda directly, but by piecing together the observations of her friends and family, many of which are told in the first person, the reader gains a sense of Yolanda.
Third-Person Point of View: The third-person-limited point of view tells the story from the third person (“he” or “she”), with a knowledge of what the main character thinks. For example, a sentence from a story in the third person limited might read, “As she waited on the corner, she remembered the last time she had seen him.”

American author Henry James employed the third-person-limited point of view to great effect in books such as Daisy Miller (1879) and The Portrait of a Lady (1881), with the central character acting as a person who can evaluate the significance of events and in turn convey that evaluation to the reader. In Daisy Miller, the character Winterbourne serves this purpose. Early in the novel, Winterbourne relates his first impressions of Daisy:

She was bareheaded, but she balanced in her hand a large parasol, with a deep border of embroidery; and she was strikingly, admirably pretty. “How pretty [Daisy and her parasol] are!” thought Winterbourne, straightening himself in his seat, as if he were prepared to rise.

When using a character as a voice of limited omniscience, the author may describe the character’s experiences only in terms that the character would use, or the author may take a more authoritative approach and describe the character’s life as an outside observer would. In Ulysses (1922), Irish novelist James Joyce uses the first approach when describing the character Gerty MacDowell. Gerty, a sentimental girl of limited understanding, expresses her narrow range of perceptions within her own limitations, and the reader sees the world very much through her eyes. By contrast, in the sections of Madame Bovary (1857) that Emma Bovary narrates, French novelist Gustave Flaubert adopts a broader perspective when he explains Emma’s thirst for romance, excitement, and grandeur in terms that Emma herself would not be able to express.

In more recent times, there’s been the emergence of another form of Point of View: the Second-Person Point of View. This is not very popular and in this form, the reader is addressed directly by the narrator as ‘You’, and as such becomes a part of the narrative himself. The Second-Person Point of View goes like this:
You came to the funeral. You could never keep away, even when you were not wanted. I saw you touch the brass coffin. I saw the tears that danced at the base of your eyes. Fake tears. Don’t pretend to feel anything. I know you to well…

However, I would like to add that in all of these, there’s also the narrative perspective of the story. The narrative perspective or NP, focuses the actions of a scene or sequence, so that the reader does not get lost within the story. The NP follows the actions, thoughts and perceptions of a major character as he or she is first introduced to a chapter or section of the novel.

J.M. Coetzee does this very well in the opening chapters of his novel Disgrace. Disgrace is the story of a South African professor of English who loses everything: his reputation, his job, his peace of mind, his good looks, his dreams of artistic success, and finally even his ability to protect his cherished daughter.

No thoughts yet on “Techniques of the novel II: Point of View” by Admin (@ogaoga)