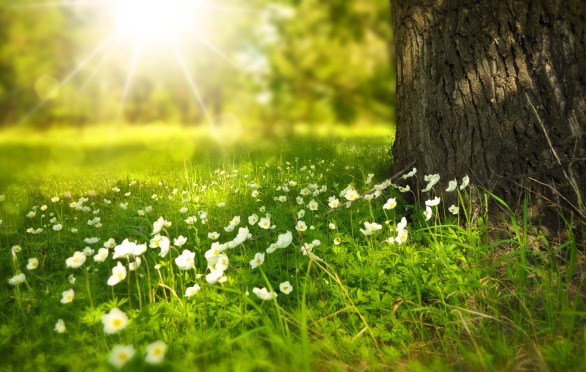 The sun shone hot and bright with no mercy for the humans that occupied the part of the earth where Tayo stayed. He had not realised the weather was so hot as he had been indoor all morning and had no reason to step out till now.

He squinted his eyes and began jogging , he couldn’t wait to get out of the blazing sun. On a second thought, he’ll probably have  appreciated the weather if he was going for a picnic at the beach and he was doing none of that. The only thing on his mind was to get  the lady from Tami’s school who was coming to babysit  Tami and then dash off to the hospital to see Ibimina.

He stopped when he got close to her “Hi, You’re from Gracefield School right?”

He got no answer so he reached out to  touch the exposed part of her arm so he could get her attention.

He heard her sharp intake of breath as her eyes landed on his face. And then she just kept staring .

“Are you okay?” He asked in concern, A frown appearing on his face

Tayo knew a lot of women were attracted to him physically,  but he was so used to it that it had no effect on him, neither could he be bothered about it anymore. He should be delighted at the attention he got from the women folks instead he was irritated by it.  He did not like the idea that women only sort him out because of how he looked instead of who he was, and that was more important to him than anything else.

He watched the young lady eyes dance around as they roamed his face. He couldn’t tell if it was fear,attraction or something else he saw in her eyes. Ordinarily it would have taken less than five seconds to analyse what he saw but the sun in all graciousness reminded him of its ability to roast a man alive. Besides, she seemed too young to be attracted to an oldie like him.

“Mrs Cole sent you right?” He asked instead, he was eager to be back in the comfort of his home and away from the scorching sun

“Good. I am in a hurry right now, let me introduce you to my daugher. Please come with me”

“Mrs Cole sent you right?” The strange man had asked and Zara knew she was in trouble. If she thought his touch burned, his eyes pulled at the strings of her delicate heart and his voice created bubbles in her stomach . Zara would never have thought that she would be attracted to a child’s father. All the men she saw who came to drop their kids in school were either old or simply not attractive enough to catch her attention plus the thought of getting attracted to a married man with a child was so not her thing. She was a Christian who did not condone the idea of fornication talkless of adultery.

With all the strength she could muster, she forced herself to concentrate on the man that stood before her and the questions he threw at her without getting lost in fantasy world .

“Y-Yes I am, I mean Y-yes she did. Mrs Bami Cole sent me” She replied

“Good. I am in a hurry right now, let me introduce you to my daugher. Please come with me”.

He walked so fast leaving her to Jog after him.

The short exercise helped her get herself back. Although she was still smitten by him, she couldn’t afford to embarrass herself again especially since she wanted him to notice her and fall in love with her as a woman.

In the short distance that it took to get to the entrance of the house, her mind had already conjured a wedding with her Mr. fine.

He just mentioned he has a child? what if he is married? Her conscience pricked.

“Her name is Tamilore but we call her Tami. I am sure Mrs Cole already told you about her. What class do you teach….???”

Zara noticed he was staring her. He had a frown on his face like he was expecting something from her, like an answer or so. But  she did not even a hear a thing he had  said, her mind  had been far away in fantasy land.

She looked at him blankly expecting him to repeat what he had said if he had asked a question but he kept staring instead further weakening her resolve to focus. It was  only when she noticed the irritation on his face that her brain connected back to reality.

She cleared her throat “I am sorry did you say something?”. She asked, finally able to detach her tongue from the roof of her mouth.

He sighed. “Can you please pay attention? I have just asked for your name and I have also asked what class you teach and I have also told you my daughter’s name. Now I am asking if I can trust you with Tami?”

A frown appeared on her face. “Did you just say Tami Sir? Is her name Tamilore Smith?”

“Oh my God are you Tami’s dad? She looks so much like you…Finally I see why she is so pretty” Zara squealed excitedly forgetting herself for a moment . Who would have thought that she was going to babysit her favourite child in the whole of Gracefield School, even more surreal, she was at her house, meeting her hot dad.

“Omg! he is married”.  Her thought screamed in distress

“Maybe he is not married”. Another responded

“But he has a child”

“So? It still doesn’t mean he is married.”

“Are you usually excited about every child in school?” Mr Fine silky voice cut through her thoughts, putting a halt to the  battle going on in her head.

“No sir, Tami is just very dear to me”

“You can call me Tayo or Tolu. What is your name and what class do you teach?”

“Oh! I am Zara and I am not a teacher , I am the receptionist”

Finally a name, Tayo rejoiced. He couldn’t wait to get out of the house and out of the presence of the young lady. He could tell she was a handful by merely looking at her. He wondered how she managed to be a receptionist with her short attention span. For most of the time he had speaking she was lost in some place in space.

He was going to ask Mrs Cole to send someone else, maybe an older person but then the young lady knew Tami and seem to like her a lot judging by her excitement at the mention of his daughters name.

“Let me show you her room” He said to her.

He paused to face her . “I hate to burst your bubble Zara, but the Tami you know in school is very different from home. Try not to make too much noise so you don’t agitate her, also don’t touch her she might bite you, also…..”

“Don’t worry sir. Tami is my girl I seriously don’t need a manual to deal with her”.  Zara cut him mid sentence, casually touching his hands.

“That’s perfect. I am so so relieved. Can I have your number please? I’ll call you and if anything comes up please don’t hesitate to call me”.

They stood by Tami’s door now. Tayo was so reluctant to open the door. Even though the young woman, Zara, said she could handle Tami, he was still afraid that she might be almost overwhelming for her to handle. If Ibimina couldn’t handle Tami without falling into depression, he wondered who else could.

And that was when he decided to really to look her.“Petite, Dark ,Cute, Young”.

She looks like a child . He concluded in his mind.

“Sir aren’t we going in?” She broke into his thought.

Before he could respond she stretched her hands over his to open the door. The motion caused the soft part of  her body to brush against his muscle toned stomach. He froze on the spot , surprised at the brief pleasure that resurrected in  him.

He forced himself to act normal especially because it seemed she did not know what had just happened for she kept talking .

“For Christ sake she is still so young and naive, why am I feeling this way”. He scolded himself. Even Munachi from work did not evoke this type of feelings when she had wrapped herself around him while trying to comfort him.

Shortly after Zara entered Tami’s room the most amazing thing happened leaving him more astonished.  Tami ran to her as if she had known her all her life.

“Wow this is surreal”

“What is surreal sir? does she not hug you?”

“No she never ever! how come she is hugging you? how did you do it “. He asked in surprise.

It was a long time anyone had laughed in his home, he had forgotten how sweet laughter could be. He had been wrong to assume she looked like  child when her body was capable of rendering his body in shock . And then he really looked at her not as a father trying to check if she was capable of babysitting his daughter but as a man who had blood running in his veins and not lacking in testosterone .

His eyes swept through her.

He began to notice the oval shape of her face, the dimple that appeared in her cheeks as she laughed, her white uniformed teeth, her small body and the prominent curves that came with it.

She threw her head back and laughed some more. And then he began to notice the long smoothness of her neck, he even noticed the curls of her natural hair. She was effortlessly cute and different from most women.

There was just something different about her, he couldn’t pinpoint but he was certain it was the reason Tami responded to her. He was almost tempted to delay seeing Ibimina at the hospital and just soak in the uniqueness of the young lady called Zara.

She is only here today. Who will take care of Tami tomorrow?

He cleared his throat to catch her attention “Zara I have to go now. I’ll see you in a few hours”

It was funny how his opinion of Zara had changed in a twinkle of an eye. When he had sighted her across the street , she had been no different from anybody else and then she had to laugh and then his very selective weird child had to love her and then he noticed things he should never have noticed.

“God help me”. He prayed

But then as he drove to the hospital, alone with his thought, he was reminded of something that he wasn’t able to think about properly. Zara is attracted you

His mind took him back to the moment he had touched her to get her attention and how she had looked at him.

“Hmmm It is definitely attraction I saw in that eyes, not fear or something else as I had assumed”. He smiled to himself 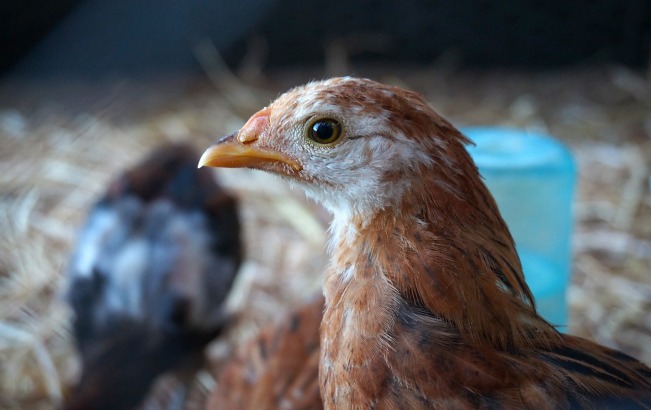 “Unknown” – 7  coming your way soon. Thanks for reading, do keep in touch

No thoughts yet on “‘Unaware’- 6” by Pelumi Hadassah (@PelumiHadassah)