Of all the books on offer today, biographies remain a perpetually popular option. These unique insights into the lives of some truly fascinating people, which range from a-list celebrities to criminal masterminds, continue to entertain and enthrall.

Recently, several notable names in the world of politics, sport and popular culture have documented the details of their life and times. But in order to help you pick the best ones to read, here are details of the most interesting.

Over the past few years, Guy Martin’s stock has been soaring. Despite being a humble lorry mechanic, Martin rose to fame as one of the most colorful characters on the motorcycle racing circuit and was the star of a documentary about the Isle of Man TT.

Since then, he has gone on to present numerous television programs about his love of engineering, speed and danger. The type of guy who doesn’t mince his words, Martin’s autobiography is an adrenalin-fuelled ride.

His most celebrated roles include a violent young offender in Scum, an abusive husband in Nil by Mouth, and a safe-cracking ex-con in Sexy Beast, but Ray Winstone’s latest biography goes back to his childhood.

Winstone takes the reader on an emotional, revealing journey through the East End of London, visiting the bombsites of his childhood and the boozers of his adolescence. 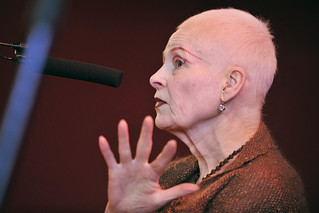 For many people, Vivienne Westwood is an iconic fashion designer. However, there are a number of other impressive strings to her bow including political activist, co-creator of punk and grandmother. This personal memoir, the first and only one from Westwood, looks at a career that has spanned five decades.

The reader is treated to uninhibited opinions and wholehearted honesty about the people, ideas and events that have shaped Westwood’s remarkable life.

It’s easy to forget that Hillary Clinton used to be the First Lady of the United States, but since husband Bill left office she has forged her own successful political career. This book specifically talks about the choices she had to make and the challenges she faced during her four years as America’s 67th Secretary of State.

All manner of events are covered in Clinton’s remarkable re-telling of the period after Barack Obama was elected president.

An ever-present and well-liked face on our television screens, Claire Balding is known for her love of sport, particularly horse racing. But rather than galloping through her latest biography, Balding takes a more leisurely approach by telling stories of the paths and people that make up Britain and Ireland.

Along the way, she discloses personal perspectives on events like the 2012 Olympics with plenty of charm and charisma.

Insightful and interesting, these true accounts let you right into the lives of famous people and the world as they’ve experienced. You may even be able to identify with some of them as they tell not just of life in the spotlight but as everyday human beings.