The Christian Association of Nigeria (CAN) under the leadership of Pastor Ayo Oritsejafor has come under heavy criticism in recent times for being too close to Aso Rock and President Goodluck Jonathan. Many have accused CAN leadership of selling out to the present administration and this came to a head in November 2012 when the CAN president and spiritual head of Word of Life Bible Church received a private jet as a gift from the members of his church on his 40th anniversary as a pastor. The event was well attended by dignitaries which included the President of the Federal Republic of Nigeria, Dr. Goodluck Jonathan and Delta State Governor, Dr. Emmanuel Uduaghan. 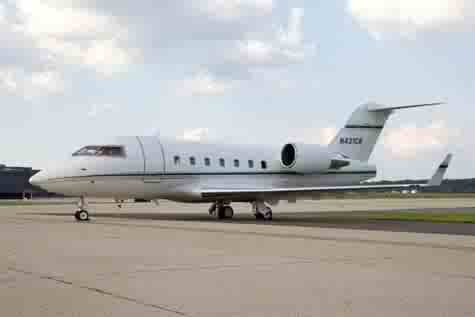 The gift raised quite a ruckus as it elicited mixed reactions from the social media networks, with many condemning the gift as ostentatious and extravagant. In a subsequent interview, the CAN president defended the importance of the jet citing several difficulties as a result of his busy schedule when he had engagements in different continents within a short space of time.

Many other pastors have rose in defence of the CAN president’s controversial gift and equally, many others rose against it. In a situation where corruption and social injustice pervades Nigeria, CAN was once seen as a bastion of social struggle, a vocal critic of unfavorable government policies and an organization that was always stood on the side of the oppressed masses apart from its major preoccupation with the defence of Christians and Christianity. The gift of a private jet seems to have alienated further the association from the masses.

However, in a not-so-unexpected twist, the Catholic church – a prominent composition of the association, decided to temporarily withdraw from the association at the national level. A spokesperson of the church, Rev. Fr. Dr. Cornelius Omonokhua said the action will be reviewed after the annual meeting of the Conference of Bishops in February. Reasons attributed include the use of money in CAN elections, polarizing statements of some of its leaders and the incidence of acrimony which has lead to several court cases. He also stated that CAN leadership ought to show moderation in its material acquisitions.

In a similar vein, the Administrator of Catholic Diocese of Abeokuta, Monsignor Christopher Ajala, explained the decision to pull out of the Christian Association of Nigeria (CAN) was as a result of the organisation becoming too close to government. He stated this while speaking at a press conference in Abeokuta, which was organised to mark the 15th anniversary of the diocese where he pointed out that CAN, under the leadership of Pastor Ayo Oritsejafor, was now moving in a different direction from its laid down objectives. He explained that the Catholic Church had taken its stand before the aircraft was donated to him and expressed displeasure that CAN was being run as part of the government. He admonished religious leaders to be honest and upright in their dealings as the conscience of the nation and spokesmen of the masses.

The move by the Catholic Church has been applauded by members of the Nigerian public, especially on the social media who have viewed the antics of CAN leadership with suspicion especially in the wake of its close ties with Aso Rock. It is remarkable and commendable how the Catholic Church has maintained an unflinching support for the downtrodden masses and has continued be a voice against social injustice.
CAN, since its inception was primarily an association formed to protect the interests of Christianity in Nigeria as well as encourage unity and co-operation amongst all denominations in the worship of God by speaking with one voice. It is hoped that the leadership of CAN will reassess itself in line with its objectives in the wake of this pullout and make amends where necessary in order to restore the confidence of Nigerian christians.

4 thoughts on “CAN And The Need For Reassessment” by Malcolm O. Ifi (@saymalcolm)